Edinburgh – Where Photo Filters Are Redundant

I guess the sense that gets most easily piqued, in my case is that of sight. I’d like to illustrate why that happened on my visit to Edinburgh.

The first thing that struck me about this place was the rustic feel – it’s a city – but I never felt that I was more than 5 minutes away from the tranquil country side. Things we take for granted, such as a row of buildings were seen in a new light, and in this case almost literally. 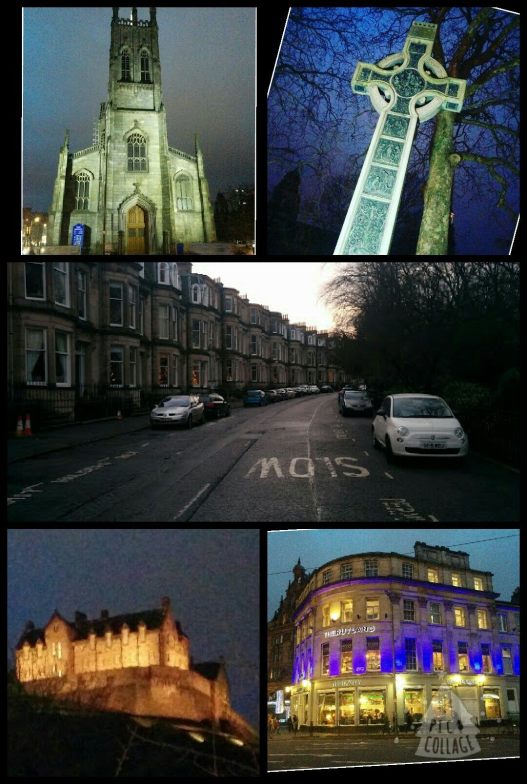 The following collage of pictures was taken from a walk down a single street – that alone is staggering, and shows how the mood of the city changes with every twenty or thirty yards.We must have looked funny to the locals, gawking at sight after sight, necks craning! 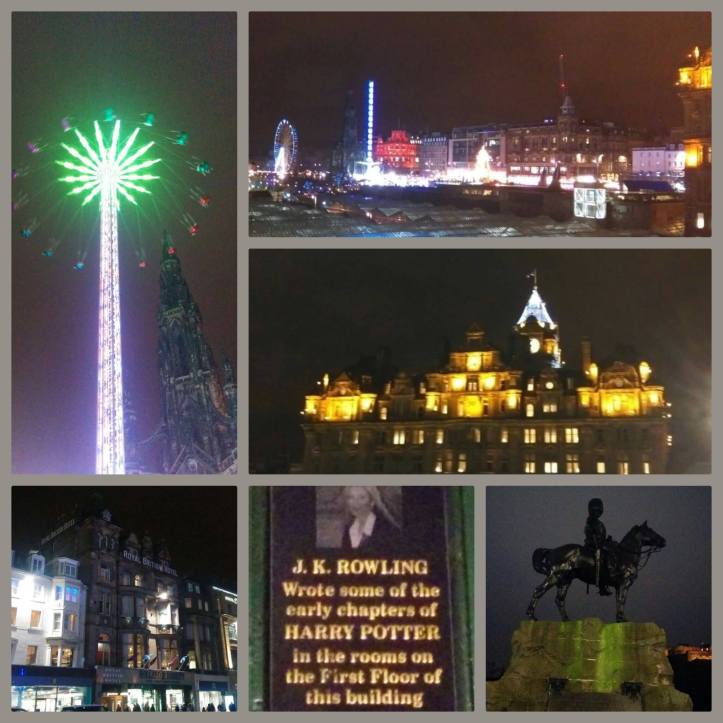 We spent a majority of the day, trekking and climbing to the reach the ascent of the place known as Arthur’s seat. As I climbed, I kept looking back – the view was simply magisterial. There was greenery interspersed with the presence of civilisation well into the horizon. For a guy who’s grown up in the hustle and bustle of cities, the beauty and the sheer simplicity was too much to fathom.

Finally, I trekked to Nelson’s column. I immediately realised that this was something I should’ve seen earlier in the day, however the column against the backdrop of the purple sky provided one hell of a photo-op! However, it did start raining yet again at that point and as one can imagine, January rains are of the bone chilling variety, so we ran for it! 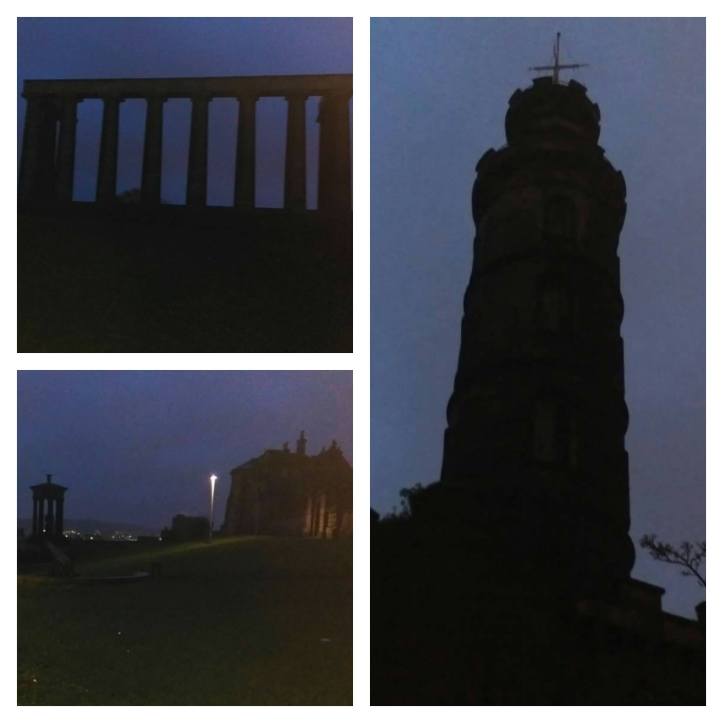 I know that these photos do no justice to the actual beauty of Edinburgh and owing to well, extenuating circumstances I definitely haven’t seen everything this amazing city has to offer. Merely writing this post and compiling these photographs have induced a bright smile on my face. Hopefully I’ll return in the near future!